Mark Matta D.O. Board Certified Psychiatrist
Matta joined his father, Shoukry Matta, M.D., in private practice at Psych Med Associates in 2007. He successfully completed and received his board certification in psychiatry from the American Board of Psychiatry & Neurology in 2008 and remains board certified to this day.
Presently, Dr. M. Matta is the CEO and Medical Director of Psych Med Associates, P.C. as well as the medical director of People in Need and Community Alternatives in New Castle. He is also on staff at Sharon Regional Hospital where he directs the child, adolescent, and adult partial hospital programs and rounds on the inpatient behavioral health unit. In the past, Dr. M. Matta has held associate clinical professor titles at the physician assistant programs at Chatham University, the University of Mount Union, Seton Hill College, and Marrietta College. Chatham University awarded him the psychiatric preceptor of the year in 2012 and clinical preceptor of the year in 2013. He has also been awarded Best of the Best Psychiatrist by the New Castle News from 2009-2017.

Dr. M Matta was elected as a “Distinguished Fellow” of the American Psychiatric Association in 2019 in recognition of his significant contributions to the field of psychiatry. He served as the president of the Pittsburgh Psychiatric Society for the 2021-2022 year where he remains an active member, as well as presently sits on the Lawrence County Mental Health Advisory Board. Dr. M Matta was also a previous recipient of the Pennsylvania Medical Society’s 40 under 40 award, recognizing physicians who have provided significant service to their field.

Among his interests, Dr. Matta enjoys being involved in his Orthodox Christian faith, spending time with his family, watching movies, traveling, golfing, skiing, soccer, and the Steelers.


Presently, Dr. M. Matta is the CEO of Psych Med Associates, P.C. and the director of the department of psychiatry at Jameson Health Systems. He is also the medical director of Magellan Health in Cambria County as well as the medical director of People in Need and Community Alternatives in New Castle. Dr. M. Matta holds associate clinical professor titles at the physician assistant programs at Chatham University, the University of Mount Union, and Marrietta College. Chatham University has awarded Dr. M. Matta as the psychiatric preceptor of the year in 2012 and clinical preceptor of the year in 2013. He has also been awarded Best of the Best Psychiatrist by the New Castle News from 2009-2017. “Elected as FELLOW” American Psychiatric Association 2015 in recognition of his significant contributions to the field of psychiatry.

Among his interests, Dr. Matta enjoys being involved in his Orthodox Christian faith, spending time with his family, watching movies, traveling and playing sports. 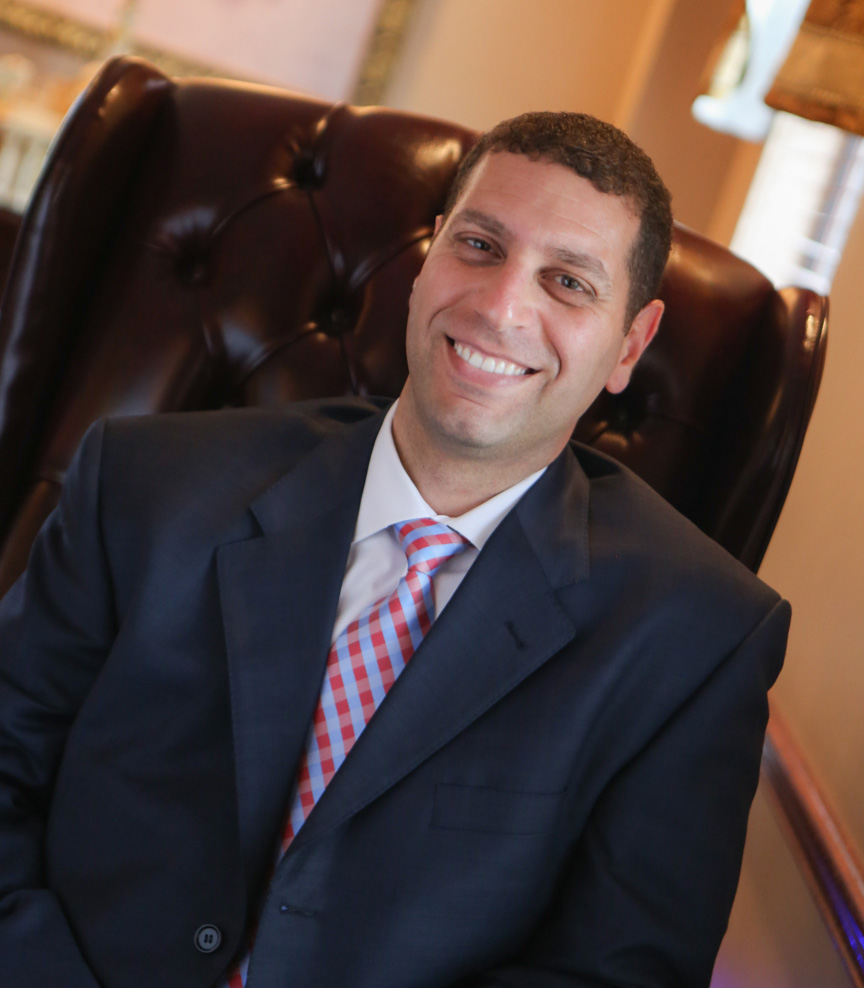 Terri Sharo Certified Registered Nurse Practitioner
Terri started with Psych Med Associates in 2009. She originally earned her nursing degree from Sharon Regional Health System and a Bachelor of Science in nursing from Penn State University. Terri eventually went on to obtain a Master of Science in nursing with a Psychiatric Mental Health Nurse Practitioner specialty from Drexel University. Her work history includes over 19 years in behavioral health experience, starting with the inpatient behavioral health unit at Sharon Regional Hospital as well as working for Sharon Community Health Center and Primary Health Network. Terri enjoys spending time with her grandchildren when she is not working 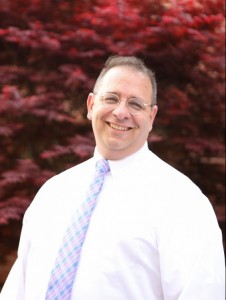 Jonathan FellionCertified Registered Nurse Practitioner
Jonathan joined Psych Med Associates in 2013 after retiring from the Army and a full-time career working at the VA Hospital. Jonathan earned his Bachelor’s degree in psychology from the University of Tampa. He went on to earn a nursing degree from Shadyside Hospital and Bachelors in Nursing from Carlow College. He ultimately received his Certified Nurse Practitioner degree from the University of Maryland. Jonathan served in the Army for 22 years as a nurse and was deployed to both Afghanistan and Korea during this time. He continues to enjoy traveling in his spare time. 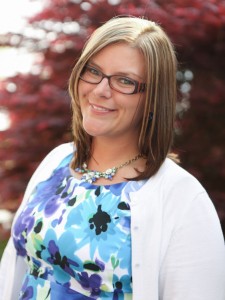 Shelby HitesCertified Registered Nurse Practitioner
Shelby joined Psych Med Associates in 2015 as a nurse practitioner specializing and certified in both adult and child psychiatry. Shelby had worked for Butler Health System on the inpatient behavioral health unit for over 12 years as a Registered Nurse and also for Robert Morris University as a psychiatric clinical instructor. She attended Robert Morris University, obtaining a BSN in 2008 and her Doctor of Nursing Practice in 2013. She enjoys life’s simple pleasures, such as her beautiful all boy family (including our family dog, Chevy), fishing, hunting, drinking coffee, bargain shopping, and anything else outdoors. 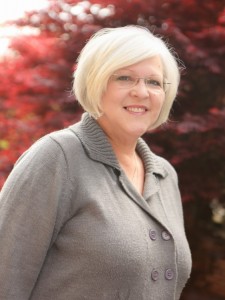 Lori SheehyLicensed Practical Nurse
Lori joined the team in 2016 as the nurse. She brings with her a diversified background including working for Jameson Hospital, Discovery House and most recently Irene Stacey in the residential program for adults with severe mental illness. Lori graduated from the Lawrence County Career and Technical Institute as Licensed Practical Nurse. In her spare time she enjoys fiber arts, sign language and spending time with her grandkids. 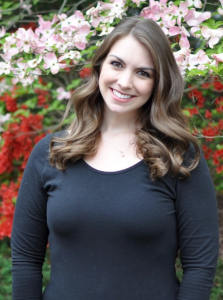 Lisa DeWittCertified Registered Nurse Practitioner
Lisa joined the Psych Med Associates team in 2022 as a Nurse Practitioner. She was originally brought on to the team in 2017 as a nurse manager but quickly grew to love psychiatry and and ultimately decided to further her education. She completed her registered nursing education at Jameson Memorial Hospital School of Nursing in 2012, and completed her MSN – Psychiatric/Mental Health Nurse Practitioner degree at Walden University in 2021. She has worked in multiple facets of healthcare, including as a CNA, in the acute hospital setting, in long-term care, in outpatient services, and in management. In her free time she enjoys spending time with her family and outdoor activities. 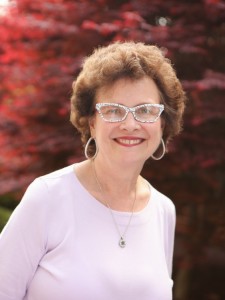 Georgia RossLicensed Clinical Social Worker
Georgia joined the Psych Med team in 2005. Georgia earned a bachelor of science in biology from Westminster College. She then earned a Master of Public Health degree from the University of Pittsburgh and later earned a Master of Social Work degree from there as well. She worked for over 30 years at the former St. Francis Hospital prior to it becoming part of the Jameson Health System. During that time she held multiple positions and job duties as a clinical social worker. Her behavioral health experience includes grief and bereavement, chronic pain and geriatrics counseling. She presently collaborates as a field instructor with Youngstown State University’s Social Work Department. Outside of work, Georgia enjoys reading, music and travel.
Courtney MitchellMedical Assistant
Courtney joined Psych-Med in 2021 as the medical assistant. She graduated from Youngstown State University with a degree in medical assisting. She has previous experience working in Endocrinology and Urgent Care. In her spare time she enjoys spending time with her family, reading and crafts. 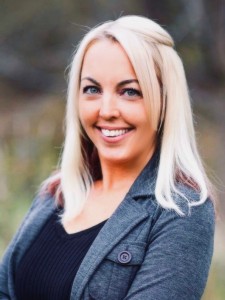 Katelyn DominelliPractice Manager
Katelyn obtained her Bachelors in Education and Psychology from Slippery Rock University, and later earned a Master of Science in Psychology with an emphasis on clinical research. She previously worked for Jameson Hospital for 10 years, most recently as the Assessment Coordinator of Behavioral Health Services. While at Jameson, Katelyn performed numerous job functions at the inpatient and outpatient behavioral health units, cancer center, and emergency department. She joined Psych Med full-time in 2013 as the Practice Manager, where she continues to enjoy being a part of the psychiatric treatment team and business development. She enjoys spending time with her family, rooting for the Steelers and real estate investment.

LyndaOffice Manager
Lynda has been with Psych Med Associates since the beginning in 1978. She originally worked for Dr. Shoukry Matta, prior to his son Mark taking over the business. Her loyalty to the company has always been at the center of her work ethic and she has been at the center of the many growing changes that have occurred over the years. Lynda has been a marathon runner for many years and continues to run in local races.

JudyFile Clerk
Judy originally joined the team in 2012 as a part-time transcriptionist and later became the file clerk. Judy was a transcriptionist at Ellwood City Hospital for 12 years and also worked at the former St. Francis for 30 years. Judy enjoys shopping and spending time with her grandchildren.
DaniellePatient Biller
Danielle graduated from Erie Business Center with a degree in Medical Secretary. She joined Psych Med Associates in 2012, initially as a transcriptionist and later became a secretary in charge of medication prior authorizations and medical records. Danielle enjoys reading, sewing and electronic games in her spare time.
KimAdministrative Assistant
Kim joined Psych Med Associates in 2012 as a secretary/receptionist and now runs the office front window. Prior to joining the team she worked as a home health caregiver for many years. Kim enjoys the outdoors and spending time with her family.

AmandaBilling Supervisor
Amanda joined Psych-Med in 2020 as our full time in house Medical Billing and Coding Specialist. She has previous experience in Family Practice, Physical Medicine, Chiropractic and Inpatient Billing. She has been working in the field for over 20 years. In her spare time, Amanda enjoys spending time with her husband and children, camping with her family and friends and shopping.